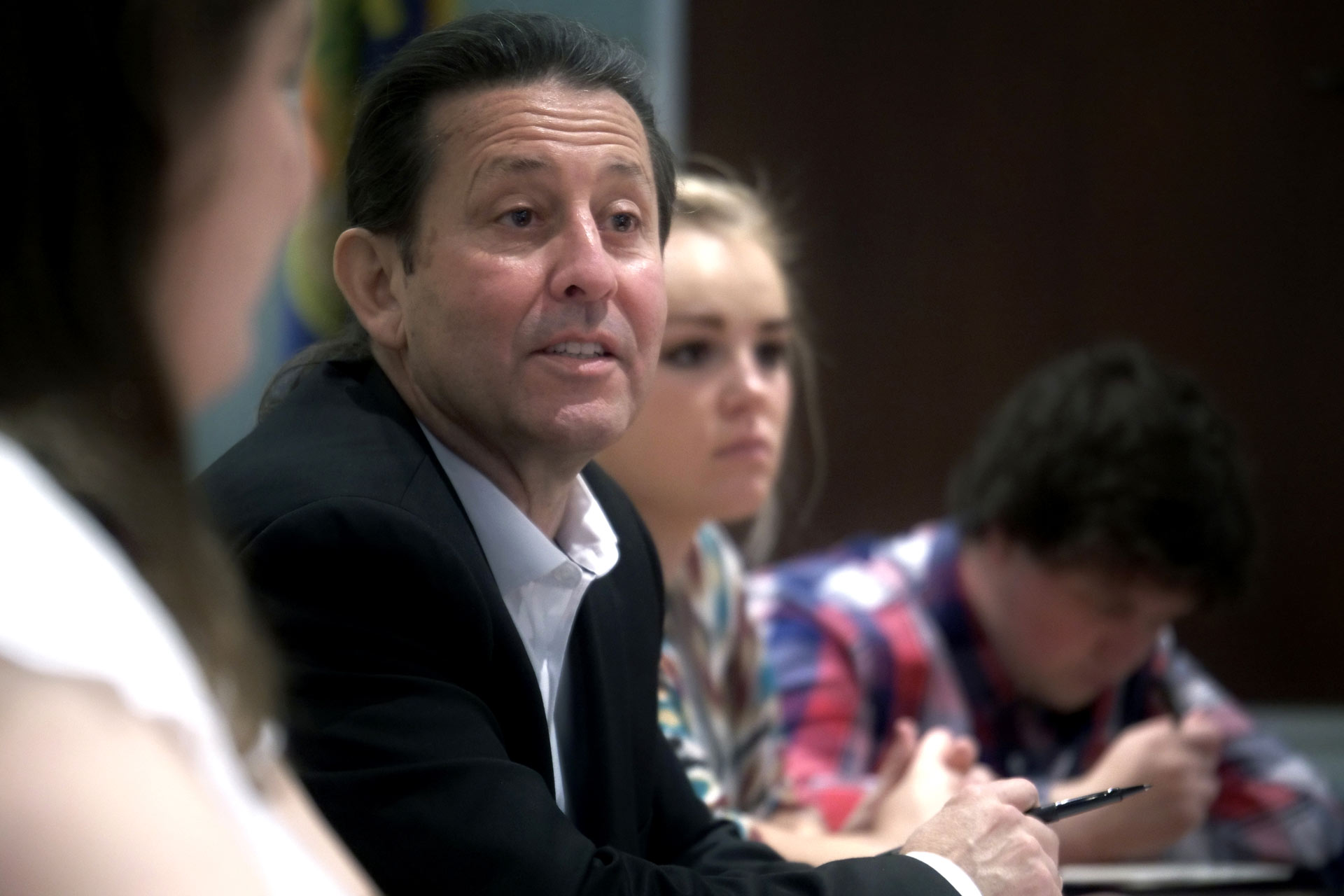 It’s a cloudy morning in early June. Nearly 15 people have gathered at the Federal Reserve Branch Bank in Helena, MT, making small talk about their drives after a storm.

Over coffee and scones in a conference room, they discuss their drives across town, their drives from the Northern Cheyenne Reservation, their drive from Idaho. “The prettiest drive in the country, in my opinion!” says Kim Pate (Cherokee/Choctaw), with a laugh. She drove four hours from Idaho to help facilitate this meeting, the second gathering of the Native American Committee of the Montana Financial Education Coalition (MFEC), a convening also facilitated by Prosperity Now (formerly CFED). “It’s good to see all of you,” she tells the group.

Currently, over 70 certified Native CDFIs are located in 19 states across the country, serving Indian Country, Alaska, and Hawaii. Native CDFIs have been around for decades, but grew significantly during the early 2000s, after a US Department of the Treasury study revealed that Native American, Native Alaskan, and Native Hawaiian communities face challenges to accessing capital and basic financial services.

“Even today, banks don’t always serve Native communities,” says Tanya Fiddler (Cheyenne River Sioux), executive director of NCN. “Want to reach an ATM or a bank? That can be hours away. Want to get a loan? Buy a house? Start a business? That’s next to impossible without a mainstream financial institution. Native CDFIs fill the gap, especially in communities that have traditionally lacked banking and other financial services.”

“We get so busy in our everyday working lives that we don’t really have time to go out and see what everybody else is doing well. [The Native CDFI Network] gives us a chance to see everything that is happening.”

For generations, many Native communities have operated their own lending and credit-building services, grounded in a rich history of strong, self-determined community leadership. Native CDFIs serve as a bridge between traditional cash economies and the financial mainstream, making financial education and services available to tribal members. They help tribal members open bank accounts, access credit, and make savings plans, among other things.

In short? Native CDFIs connect Native families and businesses with the resources necessary to bring dreams to life for multiple generations.

In many areas, Native CDFIs provide the only affordable alternative to predatory financial service providers, but they’re straining to keep pace with the growing need for their services. Native communities are among the fastest growing segments of the US economy and the need for a loan to start up or expand a business or to buy a home is outstripping the financing available in the markets served by Native CDFIs. Nationwide, financing demands are projected to double over the next five to seven years in Native communities.*

That’s where NCN comes in.

“The Native CDFI Network brings us all together,” says Sharon Small (Northern Cheyenne), the executive director of People’s Partner for Community Development, a Native CDFI serving the communities of the Northern Cheyenne Indian Reservation in Southeastern Montana. “We get so busy in our everyday working lives that we don’t really have time to go out and see what everybody else is doing well. [NCN] gives us a chance to see everything that is happening.” NCN sets up peer-to-peer support groups for Native CDFIs. They lead trainings. They connect Native CDFIs to advance policy priorities that foster stronger job growth and economic development in Indian Country. “Native CDFIs are engines of change, supporting investment and entrepreneurship in Indian Country,” says Kevin Walker, president and CEO of Northwest Area Foundation. “But they’re still kind of a best-kept secret, both inside and outside of Native communities. NCN helps more people understand the success and impact of this work through thoughtful education and network building.”

The meeting of the Native American Committee of MFEC is an example of NCN’s leadership in action. Montana has a larger Native American population, by number and by percentage, than most US states. MFEC is an affiliate of the National Jump$tart Coalition, which focuses on youth financial literacy. But it didn’t initially have a focus on engaging Native American families and youth. NCN worked closely with MFEC to create a Native American Subcommittee, which identifies financial capability programs that could serve Montana’s Native communities, especially youth. The Subcommittee is likely the first of its kind, and it plans to support pilot efforts that could be replicated in other Native communities across Montana. It includes representatives from tribal colleges, K–12 schools, Native youth organizations, tribal housing departments, Native CDFIs, Native American Boys and Girls Clubs, and more.

“We connect the dots, and we’re trying to build capacity to move this work forward.”

“There are people on this Subcommittee, and in the Native CDFI Network, that are key to moving the needle,” says Diana Holshue, director of branch operations and regional outreach at the Federal Reserve Bank of Minneapolis, Helena branch. “We want to move the needle forward and maximize effecting change—real, lasting change [in Native communities].” “There aren’t many leaders in Montana who can bring Native voices forward,” adds Pate. “We connect the dots, and we’re trying to build capacity to move this work.”

“There aren’t many leaders in Montana who can bring Native voices forward,” adds Pate. “We connect the dots, and we’re trying to build capacity to move this work.”

On this rainy day, that capacity looks like people sitting around a conference room table and starting to build out the Subcommittee’s workplan. They discuss how they want to communicate with one another, how to build a working understanding of financial education curricula used by Native communities, and how to build deeper partnerships with businesses, youth, and school districts across Montana.

After electing a new Subcommittee chair, the meeting wraps up. As people leave the room, they continue talking, all the way to lunch.

“We’re just getting started,” says Pate, with a smile. 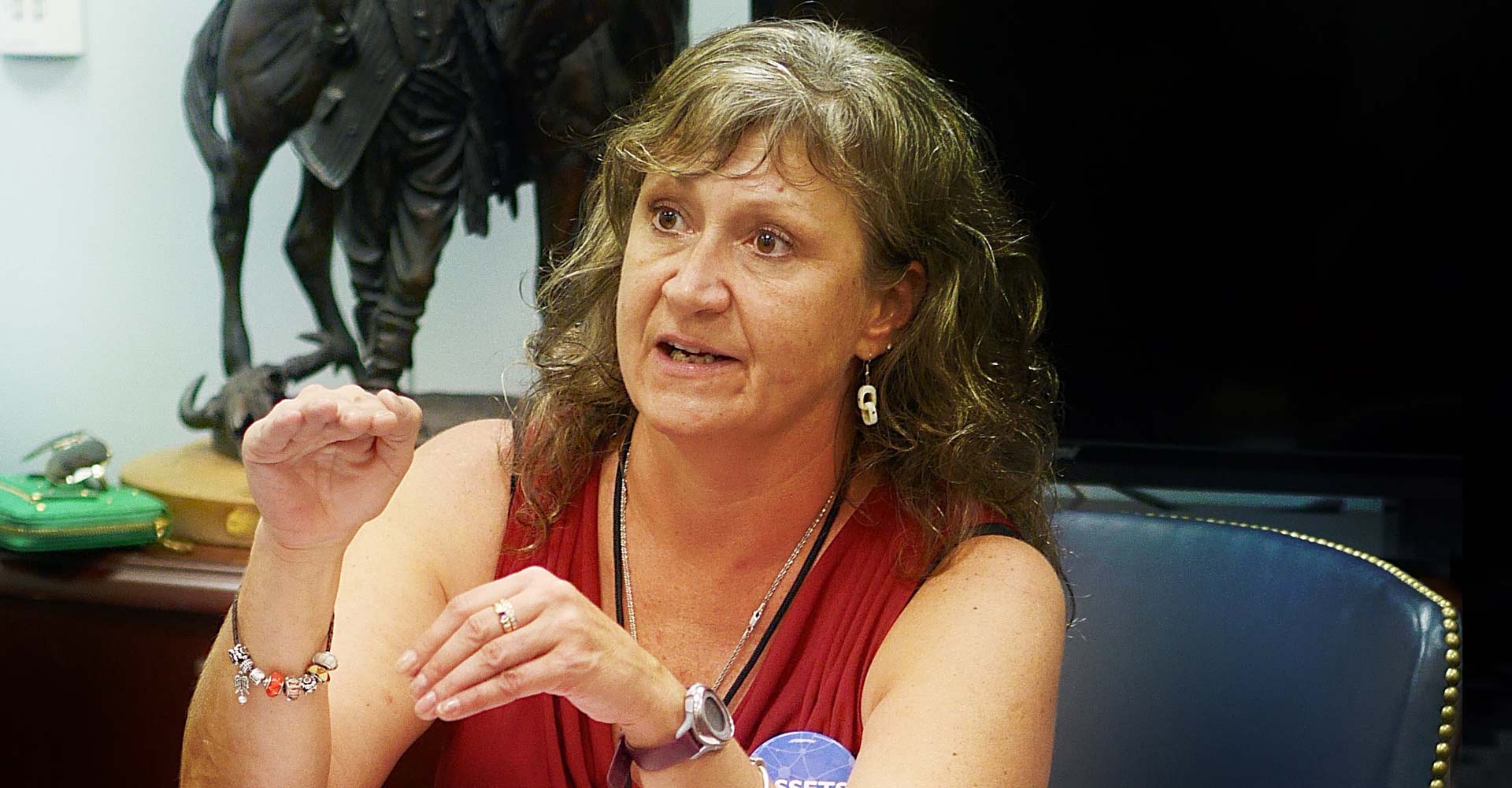 “Want to get a loan? Buy a house? Start a business? That’s next to impossible without a mainstream financial institution. Native CDFIs fill the gap . . .”