Native American Development Corporation: How Native CDFIs Can Lead to Investment and Growth that Literally Helps Put Tribes on the Map

Over the years, Native American Development Corporation (NADC) has worked closely with more than 20 tribes in the Rocky Mountains and Great Plains.

“Our approach,” says NADC Director Leonard Smith (pictured above), “is to focus on one project at a time. Get one done, go on to the next.

“People start to believe in the model, and understand how it can be replicated in their own communities. That creates a kind of momentum of successful projects, and that momentum spreads throughout the tribes we work with.”

A place to call their own

It’s hard to imagine a more crucial project than NADC’s current work with the Little Shell Tribe of Chippewa Indians of Montana. That’s because, as Tribal Chairman Gerald Gray says, the project could literally put the tribe on the map. The Little Shell has no reservation, and its members are scattered throughout Montana and beyond.

“Historically,” says Gray, “we are part of the Pembina band of Chippewa. Our ancestors refused to be settled on a reservation. We wanted recognition—but on our own terms.”

After years of struggle, the Little Shell won recognition by the state of Montana, but not by the federal government. This creates challenges, says Gray, that are both practical and existential.

“As a landless tribe,” he says, “we don’t have the resources many other Native communities have. We’ve really had to fight to survive, on many levels. That’s why we were thrilled when a potentially huge business opportunity was made available to us.

“We knew it could be a game changer.”

The Little Shell were given the chance to acquire some Montana property containing rich deposits of travertine, a highly prized, limestone-based material found few places in the world. If properly developed, the quarry could make the tribe completely self-sufficient.

“This wasn’t a subdivision we were talking about. Not a cornfield, not a building. Not something they could quantify. And so the banks got cold feet. That’s when NADC came to the rescue.”

But financing the project turned out to be extremely challenging. For one thing, the Little Shell were not eligible for grants that might have been available to a federally recognized tribe. And finding a bank loan proved frustratingly difficult.

“This wasn’t a subdivision we were talking about.” says Gray. “Not a cornfield, not a building. Not something they could quantify. And so the banks got cold feet. That’s when NADC came to the rescue.”

An opportunity for partnership

Smith immediately recognized the significance of the project to the Little Shell. He says he also understood why some banks had been reluctant to provide financing.

“Some financial institutions,” says Smith, “have historically been hesitant to develop partnerships in Indian Country. One of the most important things we do at NADC is to educate banks about the types of projects we’re asking them to support.

“Obviously they want to know if the project is financially viable. But we also want them to understand why it makes cultural sense. And at the same time, we want the entrepreneur to understand the bank’s perspective. It’s gratifying when we help to bring about that kind of partnership.”

“This is what we live for at NADC—to help tribal communities take these dreams and turn them into something concrete and sustainable.”

“At the bank, we were receptive from the beginning,” he says. “NADC has such a great track record of launching a variety of projects that it was hard not to be impressed.

“From the perspective of an institution like ours, consistency is what matters—even more than the size of the project.”

The Small Business Administration (SBA) was impressed as well. The SBA pledged to guarantee the loan, while NADC provided a loan from its revolving fund to cover the cost of the equipment necessary to begin to mine and process the travertine. 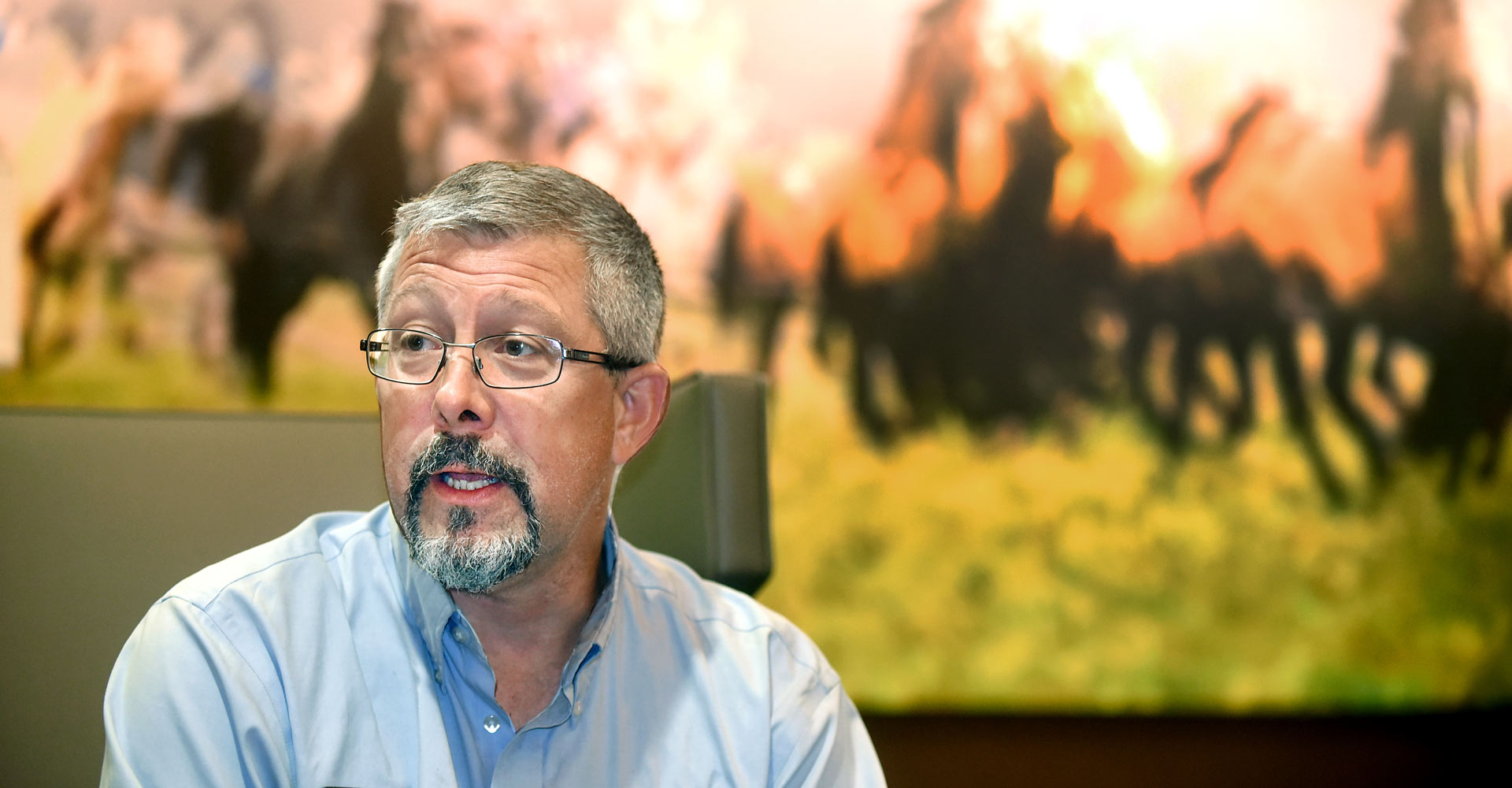 “No one is more excited than we are about this,” says Smith. “This is going to employ lots of Little Shell tribal members and give them some of the resources they’ve been lacking.

“This is what we live for at NADC—to help tribal communities take these dreams and turn them into something concrete and sustainable.

Gerald Gray puts it this way: “If I have to go out there and cut rock myself, I’ll do it. Because I believe in this. We all do. For the Little Shell, after our long journey, this is historic. It’s everything.”

Native CDFIs are rooted in the cultural and historic context of Native communities and provide services that go beyond lending. They’re engines of change, expanding economic opportunity and opening doors to loans, credit, jobs, and much more.