Native CDFIs’ Beauty and Promise I: Angie Main of NACDC Financial Services Shows Us how Native CDFI Are Growing and Innovating 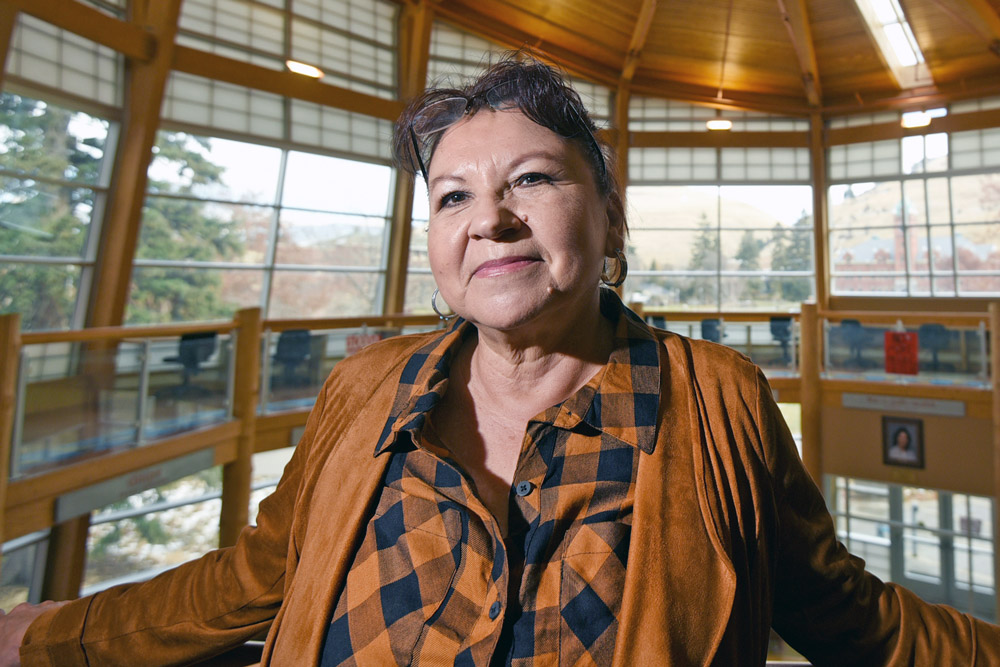 This is the first in a series highlighting Native CDFI leaders and funders.

On Nov. 10, 2017, leaders and funders of Native community development financial institutions (CDFIs) joined us in Missoula, MT, to celebrate the launch of a new $5 million collaboration with the Federal Home Loan Bank of Des Moines (FHLB Des Moines). We had a chance to talk with several influential figures in the field. Over the next few months, we’ll share their insights with you.

You’ll learn why Native CDFIs are inspiring, and how they produce growth and economic opportunity grounded in Native culture.

We caught up with Angie Main, NACDC Financial Services’ executive director, who participated as a panelist in the Nov. 10 event in Missoula.

Main shared the history of NACDC Financial Services to illustrate how Native CDFIs are growing jobs, innovating, and supporting entrepreneurship in Native communities.

A half million in loans last year, based on trainings alone

In a one-on-one, we asked Main to tell us a little more about these exciting projects. Here’s what she said:

“Just recently, we funded a home for a couple on the Fort Belknap Agency in Montana. They have two little girls so they bought a fair-sized house that they’re going to enjoy for probably the rest of their lives.

“Right now, on the Blackfeet Reservation, they’re building about 40 homes; we would like to be the Native CDFI that funds those homeowners.”

NACDC Financial Services’ efforts to scale out its program have been wildly successful, as Main explains:

“Last year we did a total of 31 trainings across six reservations; we had 589 participants in total in all of our trainings. I think we did two homeownership ones, the rest were small business, credit builders, Native artists, and [six] ag loans [mostly for livestock and feed].

“I think we gave out over a half million in loans last year just due to our trainings. . . . Actually, one of our loans was in Wyoming—so we have gone out of state!”

NACDC Financial Services’ growth spurt is happening at a time when investment and homeownership in Indian Country is rising. That economic growth has led to high capital demands that the organization is trying to meet.

A 2017 survey, led by the Center for Indian Country Development at the Federal Reserve Bank of Minneapolis, shows that as Native economies grow, Native CDFIs across the country are also facing high capital demands. The survey noted that in 2017 alone, the additional amount needed to meet funding needs was about $48 million.

Main responds by focusing on expanding her investor portfolio and building new relationships with funders—one of which is the Kendeda Fund. Kendeda Fund provided a multiyear grant to NACDC Financial Services, which Main said was critical at a time when they had significant pending loans.

“I was able to call Tim with the Kendeda Fund. I said, ‘Tim, we need lending capital as soon as possible; we have about $200,000 in pending loans right now.’ . . . Just as a result of having that relationship with them, he [Tim] said, ‘Angie we got you a $200,000 grant in lending capital.’ That’s really going to help our financials.”

NACDC Financial Services represents many other Native CDFIs—they build assets in Native communities and they’re poised to grow even more with the right funding opportunities.

Learn more about NACDC Financial Services, Native CDFIs, or how to partner with them