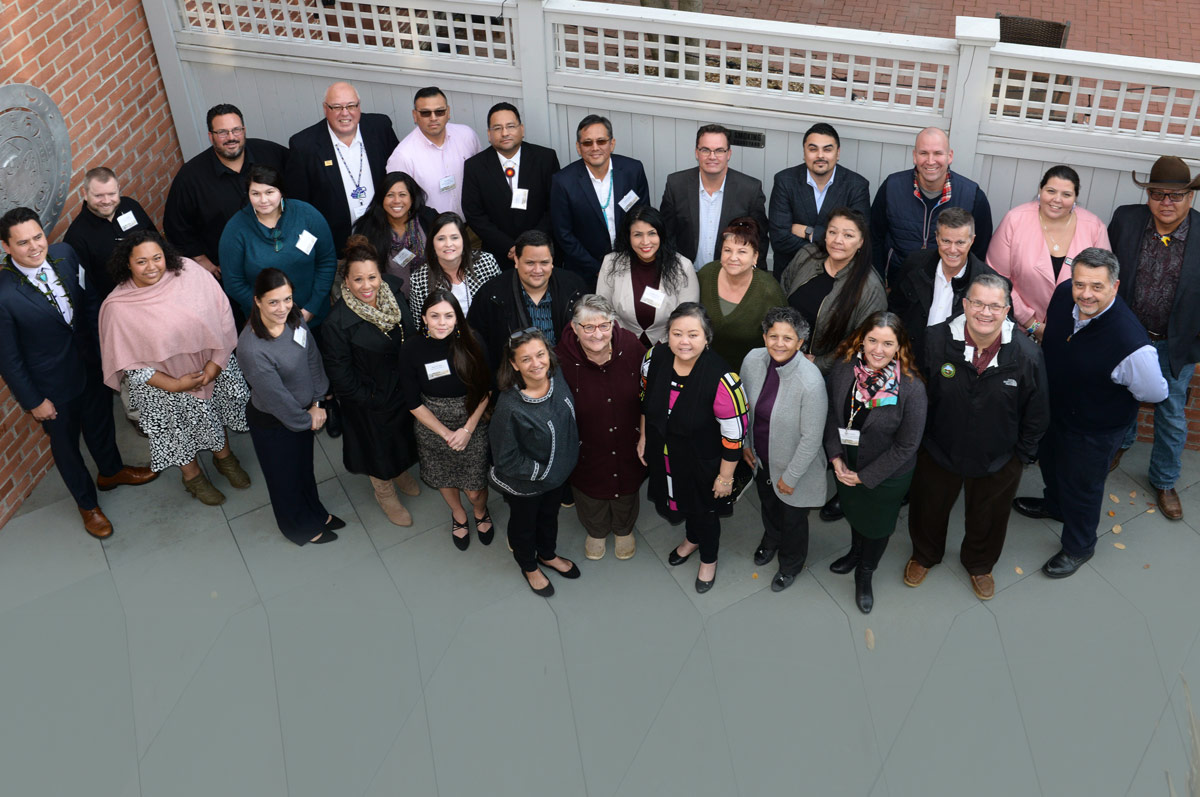 Jackson Brossy (Navajo), executive director of the Native CDFI Network, has been in ongoing contact with more than 70 Native CDFIs across Indian Country during the COVID-19 pandemic.

Responding to the particular challenges COVID-19 poses to Native communities is at the top of NCN’s current agenda. It’s a priority that dovetails with NCN’s mission to ensure Native Americans are represented in the national policy dialogue and advocate for changes to address long-standing inequities in Indian Country, which have been exacerbated by COVID-19.

As Jackson shares in the survey’s press release, “This survey shows that these primarily nonprofits will need additional support very soon. Simply because Native CDFIs often work in isolated communities doesn’t mean COVID-19 won’t impact them. We encourage governments and private donors to include Native CDFIs in your response to the COVID-19 pandemic.” 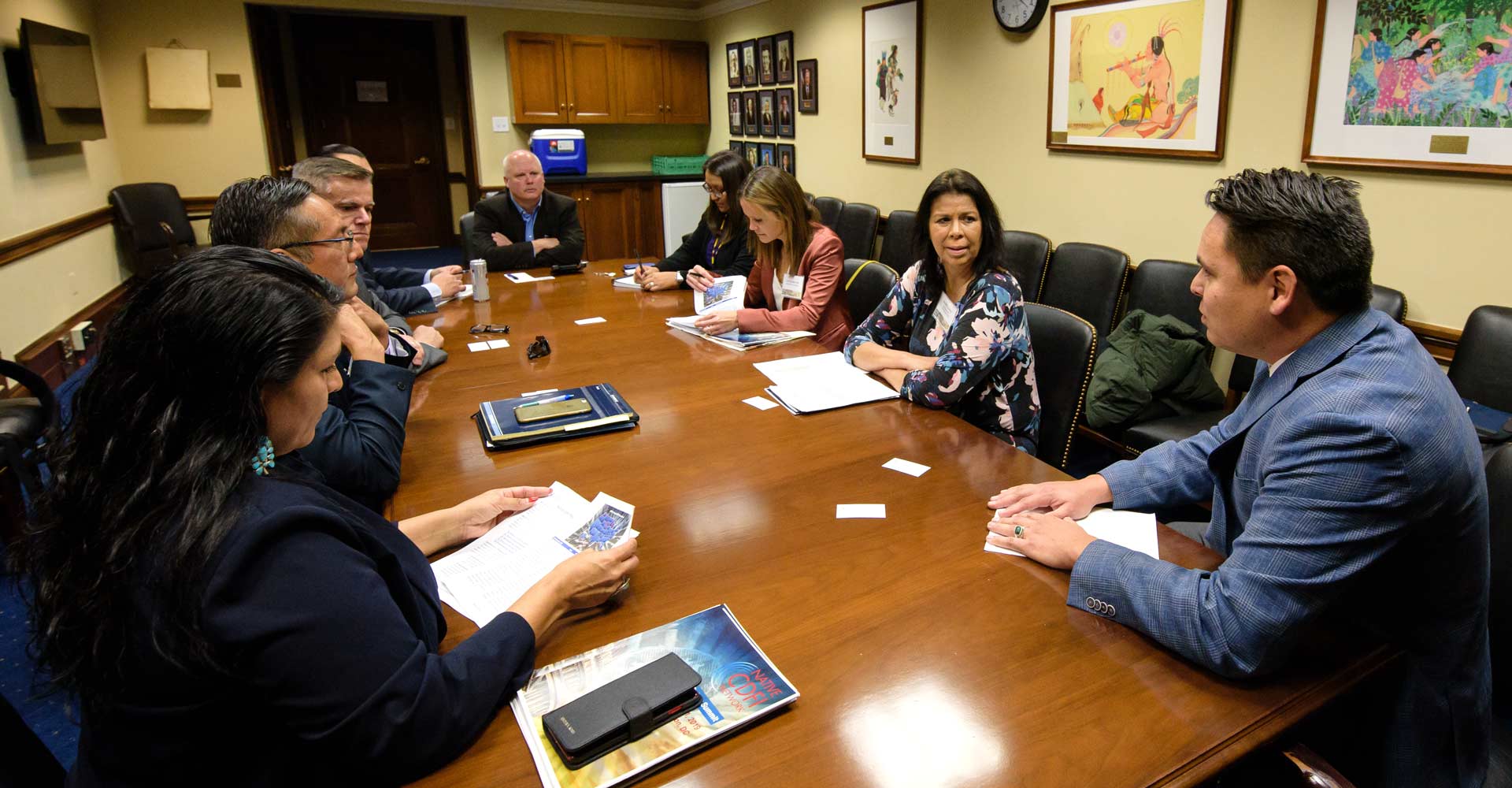 Native CDFIs stand at the front lines of the pandemic.

Because COVID-19 is deepening many long-standing inequities, it will have a disproportionate impact on Indian County and other marginalized communities. A recent National Congress of American Indians (NCAI) update described the coronavirus as having the potential to be a “perfect storm” for tribal communities. They’re encountering health and economic impacts—among many impacts—that could become overwhelming.

Native Americans experience higher rates of the underlying medical conditions that increase the risk of severe illness and death related to COVID-19. Native communities also have more people in a household, making it impractical to use social distancing strategies to slow the spread of the virus.

Native Americans face steep economic repercussions from COVID-19 because they’ve been excluded from participating in the mainstream financial system.

Native CDFIs are uniquely positioned advocates for the communities they serve through the COVID-19 crisis.

Native CDFIs provide financial assistance and guidance tailored to communities that have been locked out from traditional banking and loan products. That’s why NCN pushed for legislative provisions to increase funding to Native CDFIs as part of Congress’s efforts to reduce the economic fallout of COVID-19. 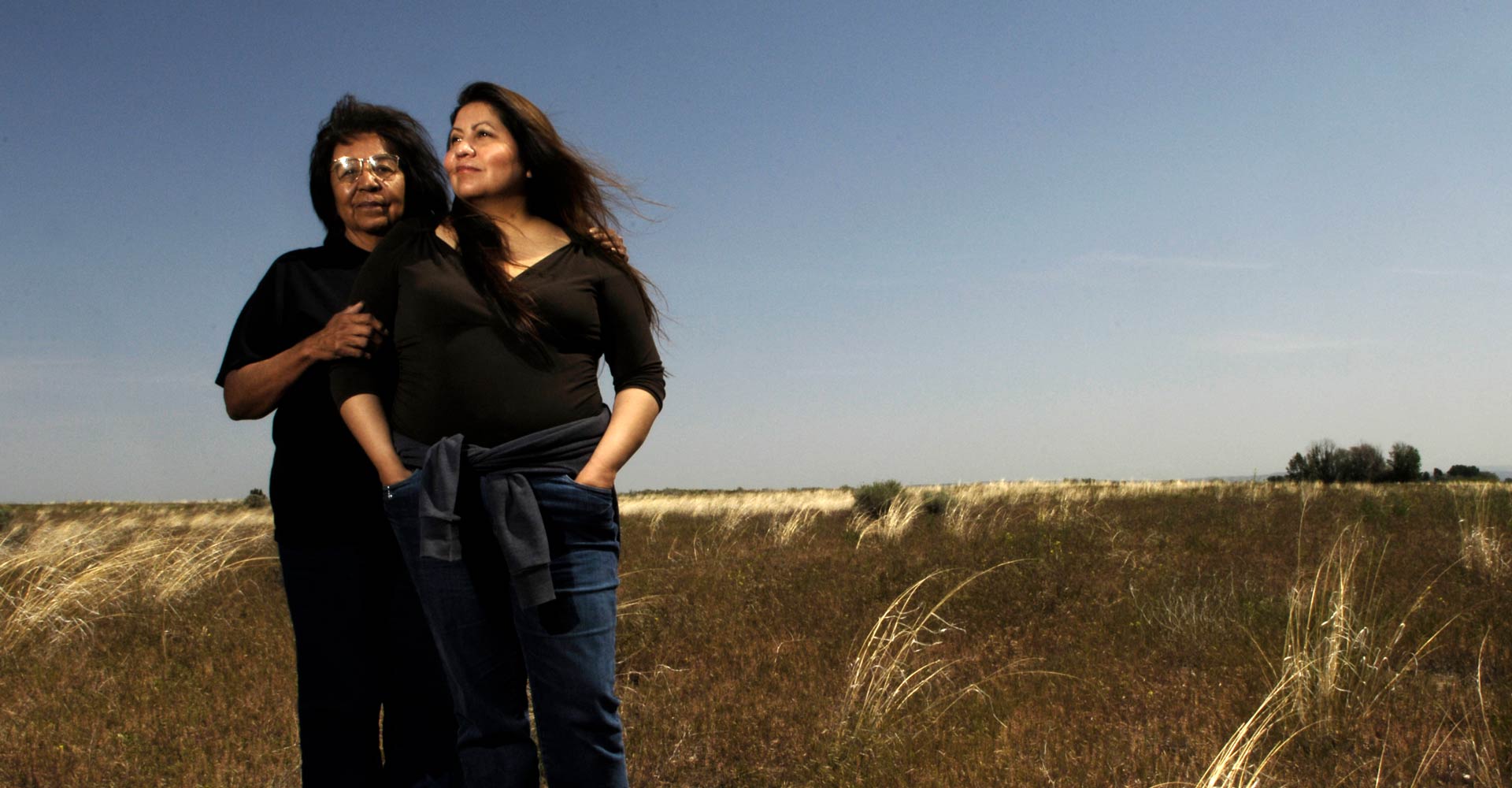 In a letter to Congressional leadership, NCN and others requested $1 billion in emergency relief for the CDFI Fund, which funds CDFIs nationwide. NCN’s letter urged Congress to designate $100 million of the emergency funding specifically for Native CDFIs:

“By investing in Native CDFIs, Congress will target institutions that are based and operate in Native communities. This ensures that not only do funds reach local businesses, but funding also stays and supports professionals already working in Indian Country.”      — NCN letter to Congress

The letter reminds Congressional leaders about the unique obstacles to economic growth experienced by Native communities, such as heightened barriers to accessing capital and basic financial services, and interacting with private and public sector programs.

On March 27, the US Senate unanimously approved and the president signed into law a $2 trillion stimulus package—H.R. 748, the Coronavirus Aid, Relief, and Economic Security (CARES) Act, often referred to as the phase 3 coronavirus bill.

While the bill includes $8 billion in aid for tribal governments, it doesn’t include emergency supplemental funds specifically for CDFIs, including Native CDFIs. Eight billion dollars may sound like a significant investment, but it won’t fully respond to the overwhelming impact of COVID-19 on the physical and financial health of the 574 federally recognized Native American tribes. Much of that funding is on a reimbursement basis, which stands as a significant barrier for tribes with limited or no cash reserves.

NCN will continue to advocate for additional relief to help resourceful Native communities navigate the COVID-19 pandemic using Native CDFIs, which have proven their efficacy and dexterity for decades. 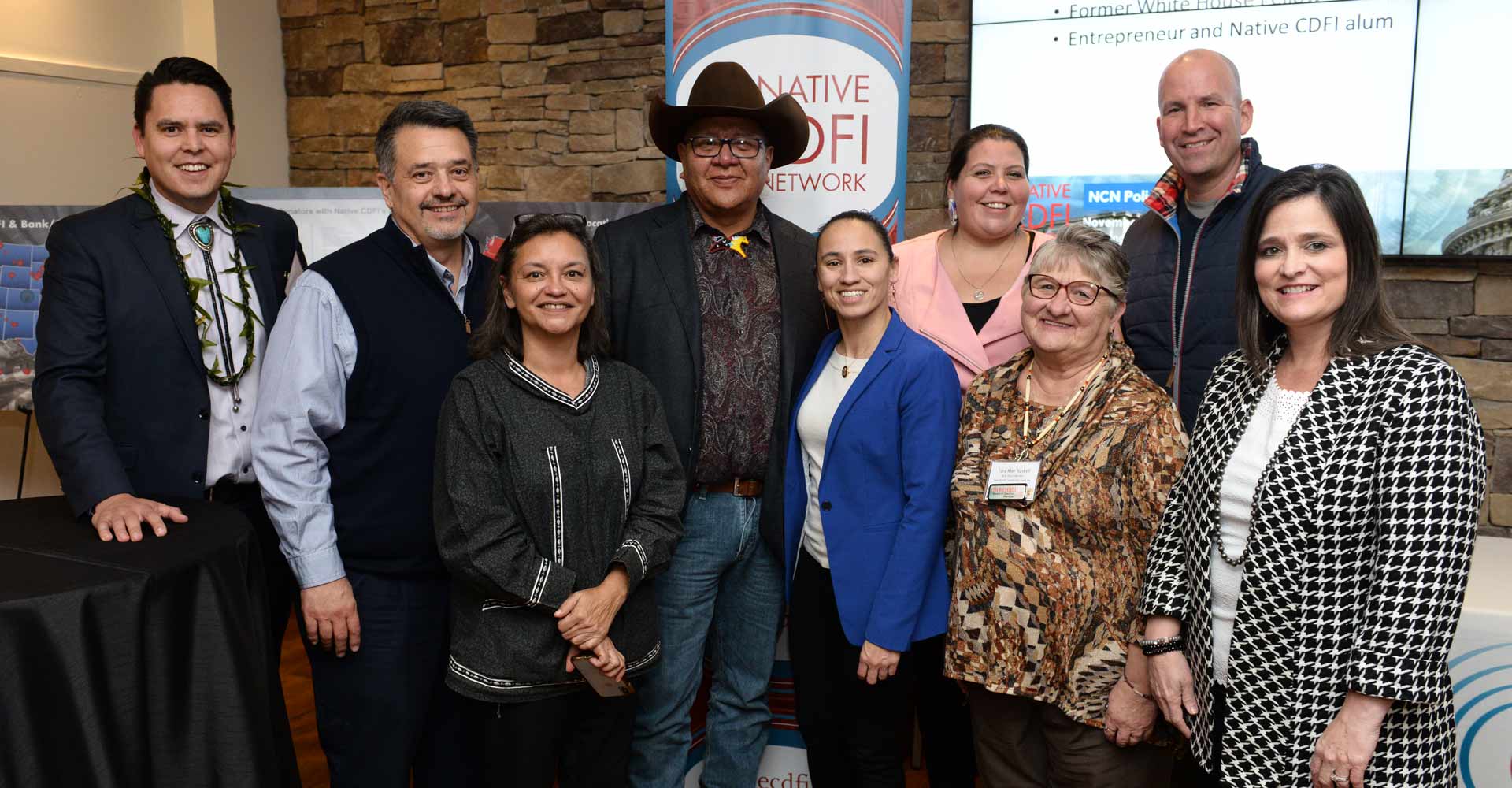 According to Jackson, “Our goal is that if Congress wants to address the COVID-19 crisis, they should do it pointedly and effectively, and that’s what Native CDFIs do. Native CDFIs reach lenders and consumers that banks aren’t connected with—often in rural areas.”

It’s possible additional coronavirus-related legislation will specifically address the needs of Native CDFIs. But in the meantime, Jackson says, “It appears Native CDFIs will have to step up, look at existing resources, and streamline in response to the increased pressures. To that point, NCN is poised, and is eager to help coordinate a response with Native CDFIs.”

“The smart thing for Congress to do is further fund those who have loans out, as opposed to funding a separate entity,” Jackson says. “That creates a lot of wasted energy, red tape, and money. It’s just not a smart way to for Congress to get money out into areas that are hard hit. It’s about smart spending.”

NCN is helping its affiliated Native CDFIs by sharing information about how the provisions of the stimulus bill can help. “While we didn’t get what we were pushing for,” Jackson observes, “there are some things we can still try to focus on so that Native CDFIs aren’t completely left out.”

You can check out the impact of Native CDFIs firsthand.

Native CDFIs are marking a big anniversary this year: 25 years since the US Department of the Treasury established the Native American CDFI Assistance (NACA) Program to lend and invest in Native CDFIs.

Jackson reports that there are currently about 70 Native CDFIs across 26 states. “There’s a need for more Native CDFIs. Not every community has access to the loans, education, and training offered by Native CDFIs.”

Later this year the NCN website will have a new tool that allows you to plug in your zip code to determine which Native CDFIs are nearby. The idea for the tool came out of the regular calls NCN fields from resourceful entrepreneurs seeking funders in their area. 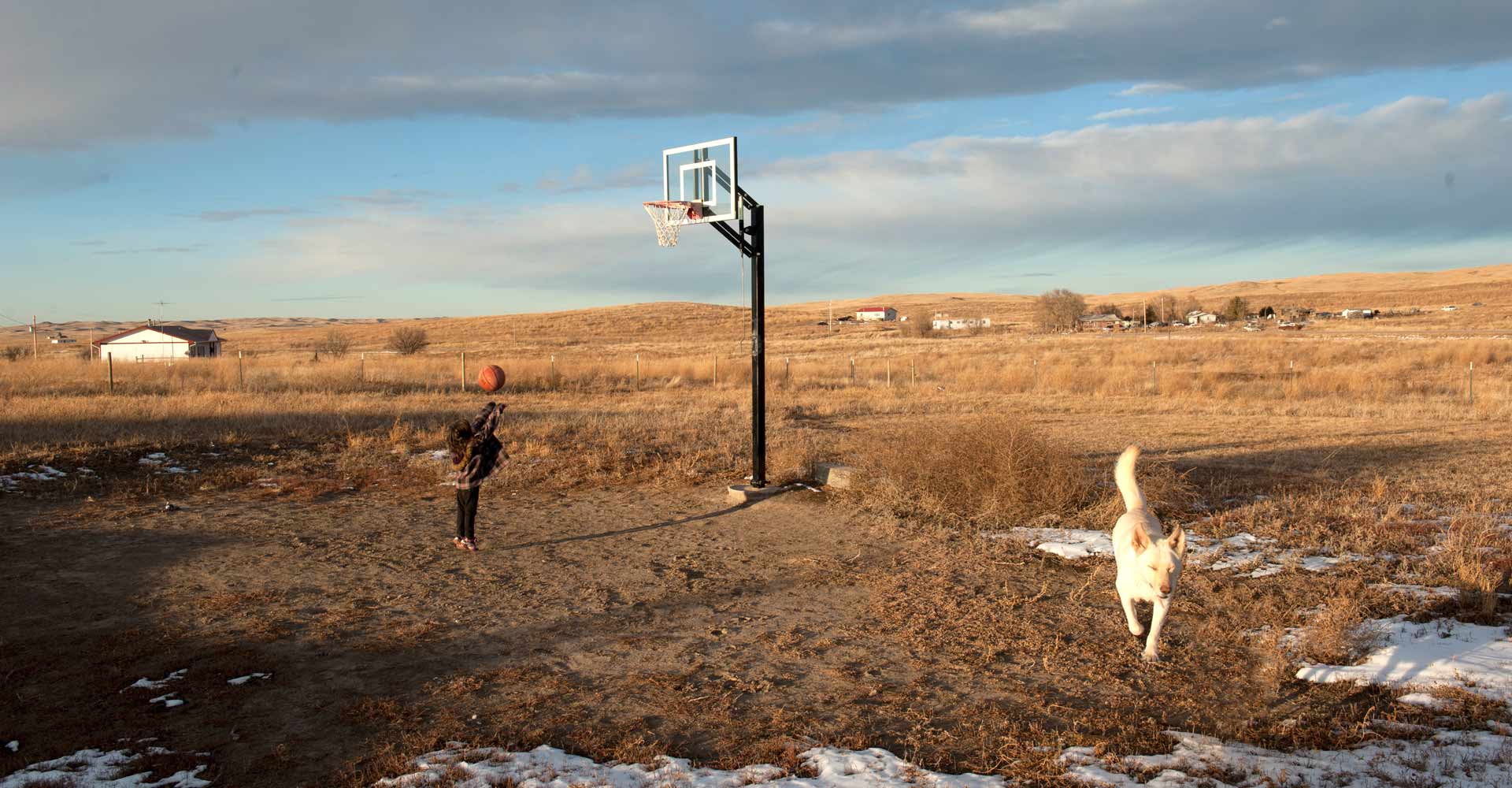 “Because many Native communities are remote,” Jackson explains, “they don’t have the same access to capital to fund a great idea as other, more populated areas. We want to connect entrepreneurs with the Native CDFIs who can provide the capital that will help them deliver on their dreams. Hopefully some of our members can provide the seed capital that allows their entrepreneurs to access even larger pools of capital.”

If you want to learn more about the impact of Native CDFIs, Jackson says calling or visiting the Native CDFI closest to you (once pandemic-related distancing measures in the area are relaxed) is the best way to get involved. “That way you can see Native CDFIs in action, on the ground, in your backyard. Hopefully once you see what Native CDFIs are doing, you’ll want to support them in whatever ways you can.” 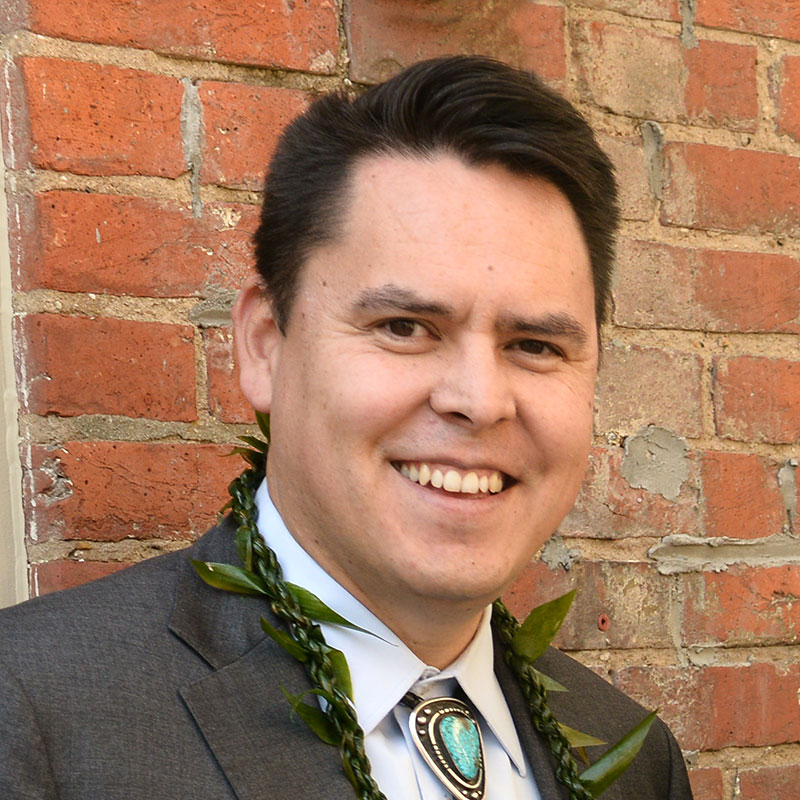 In His Own Words

Jackson has been the NCN’s executive director since March 2019. He views the position as an extension of his lifelong pursuit of advancing opportunity—economic and otherwise—for Native Americans.

I grew up in Red Mesa, Arizona, on the Navajo reservation. It’s a beautiful place, and I really enjoyed it. But it’s also a place where there are many challenges. Especially when you look at economic mobility. There really isn’t any. I thought that was a problem.

Everybody but one person in my high school was Navajo. We had about 120 people in my freshman class, and we graduated about 54. It wasn’t a blip on the chart, that’s how things were. It’s also very similar to how things are now.

We’d all drive an hour every week or every two weeks, some people once a month, to get our groceries in a non-Native community just on the other side of the reservation. Right across the border, basically. And this border town was able to make a fair amount of money off of us. They also had good facilities—a nice library and a nice pool—thanks to tax receipts.

We’d come home after spending our money there and we wouldn’t have any of those facilities back at home. And that was a real problem for me. It’s something I’ve always wanted to change, ever since I was a kid.

I’ve been working in the policy arena in Washington, DC, for about 13 or 14 years now. A lot of that work has been targeted at responding to economic challenges and providing economic opportunity.

Most people I talk to in the policy community don’t know what a CDFI is. Frankly I didn’t know that much about them five years ago. And that’s because there aren’t enough. We’re working to change that by helping new and up-and-coming Native CDFIs learn how to do the great things many established Native CDFIs are accomplishing—like home mortgages, financial literacy, and small-business coaching.

One major problem is that financial literacy isn’t taught in schools. We teach math, but not how to manage their finances in their homes. And what folks who study the industry know is that people either learn financial literacy—or they don’t. If one set of players in our society has a high level of financial knowledge and others don’t, then people get left behind and taken advantage of. And Native CDFIs are helping to close that gap.

It’s really a push to increase opportunity that brought me to the Native CDFI Network. 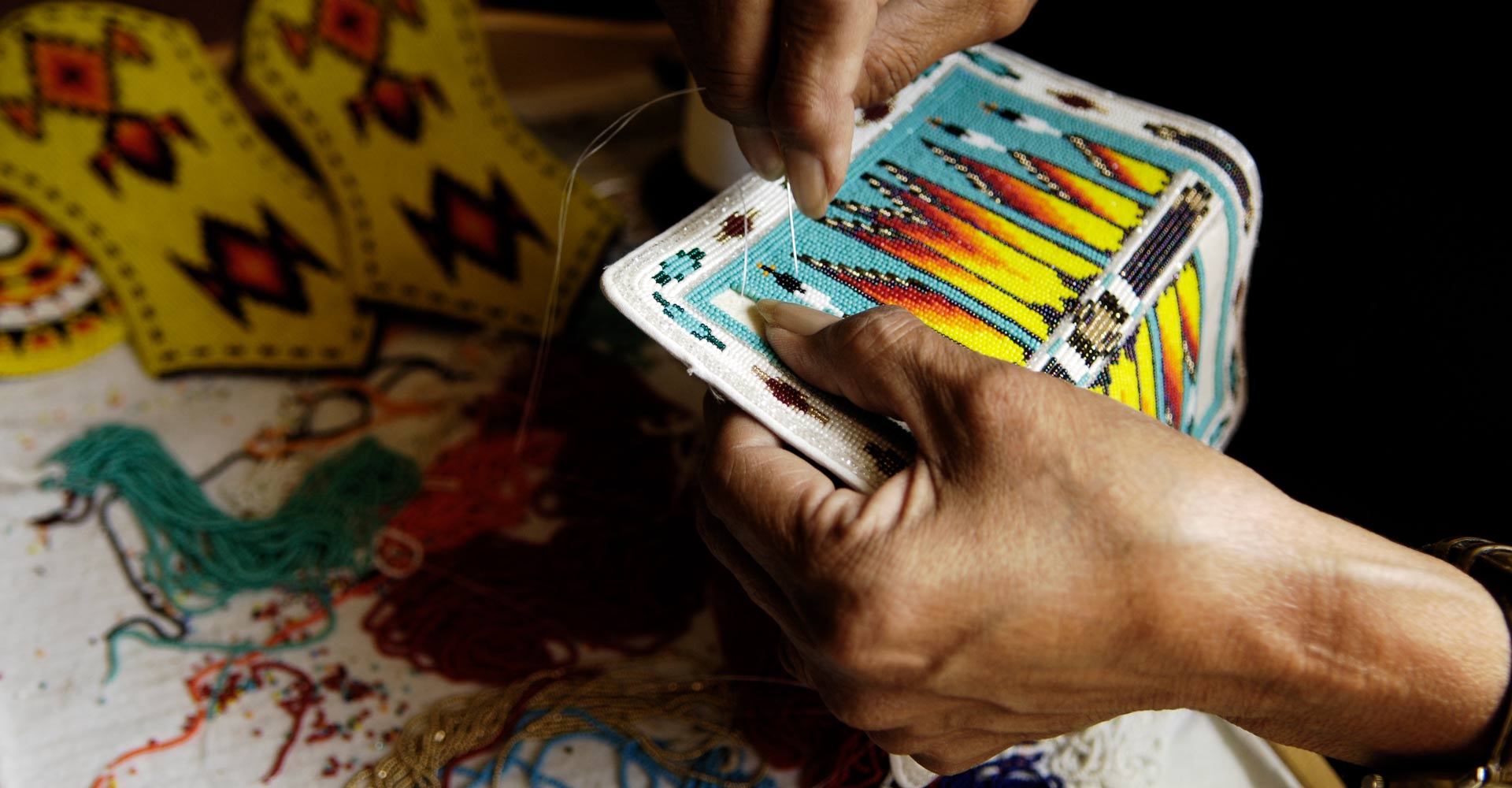 Native CDFIs play a key role in responding to the economic challenges and reinforcing the resilience of Native communities. They fill the banking gap for individuals and small businesses in their own communities. They use their financial expertise, cultural grounding, and passion to foster the strength and resilience of their neighbors. The COVID-19 pandemic will disproportionately affect Native communities, and Native CDFIs stand ready to help using targeted strategies grounded in Native culture that have already proven successful.