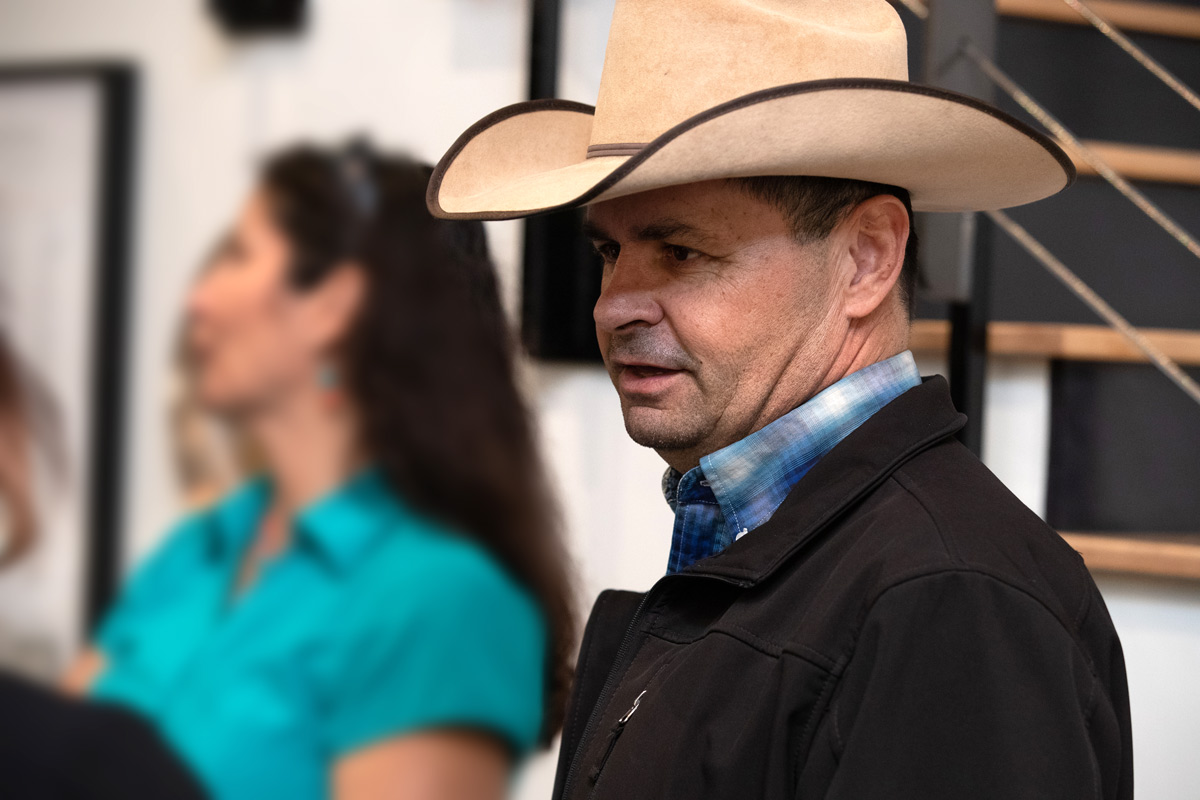 Zach has left his role as our board vice chair to head to Washington, DC.

The Foundation celebrates Zach’s appointment by the Biden Administration as Administrator of the Farm Service Agency (FSA) for the US Department of Agriculture. We’ve been honored to work with Zach since 2015 as a member of our board, most recently as vice chair.

In his new position, Zach will lead the FSA and support agricultural production for a network of 2,100 county and 50 state offices.

Zach has long advocated for the view that, too often, agricultural producers bear an overwhelming majority of the risks of feeding the country while receiving too little support in return, especially for Native American producers. His goal is to reimagine broken financial systems so that farmers and ranchers can receive equitable stress relief and share in the nation’s prosperity.

Zach has spent his whole career working as a farmer and rancher and advocating for Native agricultural interests.

He has also been the executive director of the Intertribal Agricultural Council (IAC), an organization that was founded in 1987 to pursue and promote the conservation, development, and use of our agricultural resources for the betterment of Native Americans and Alaska tribes. Kari Jo Lawrence has become the new executive director.

“The Biden-Harris team is lucky to have him. He offers so much wisdom and expertise, and he has the courage to speak the truth.”

We’re going to miss him!

Zach’s departure for the FSA, of course, allows him to act as an even stronger advocate for Native Americans, communities of color, immigrants and refugees, and people from rural areas. But this doesn’t mean we still won’t miss him.

“Zach is a creative leader who shares the Foundation’s values and is tireless in pursuit of them,” says president and CEO Kevin Walker. “His perspective on agriculture, and on the vital cultural and economic contributions of Native Americans, is exactly what our country needs.

“He’s got dirt under his fingernails and breakthrough ideas on his mind. That’s a powerful combination.”

Our board chair Lynda Bourque-Moss agrees. “The Biden-Harris team is lucky to have him. He offers so much wisdom and expertise, and he has the courage to speak the truth.”

Dr. Duane Carter is assuming the role of board vice chair.

The Foundation will draw from its deep pool of talent to tap Dr. Duane Carter as its new vice chair. Duane has been with our board since 2016 and will simultaneously continue in his current role as chair of the investment committee.

Duane is a retired senior vice president of the Federal Reserve Bank of Minneapolis. His considerable insights on diversity, equity, and inclusion appear in two recent Foundation blogs: one on his professional and lived experience on racial equity and another for a podcast to advocate for change in the investment community.

“I’m honored to be chosen to succeed Zach as the board’s vice chair,” Duane says. “He’s set a great example of how to be a good ally to the communities we serve. I will be stepping into some big shoes.”

“If anyone is poised to step right into the vice chair role, it’s Duane,” Lynda says. “He’s a longtime community leader who brings mind and heart to everything he does, including his leadership on the board.”

We’re excited to welcome Duane as our new board vice chair, and we wish Zach a very fond farewell.

We’re Hiring! Executive Assistant to the CEO and Board Liaison