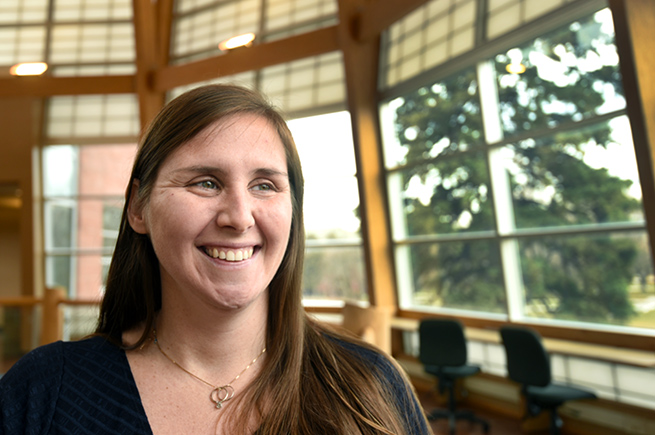 Few people can say they’ve worked as intimately with Native CDFIs as Krystal Langholz, chief operations officer at First Nations Oweesta Corporation. A flagship in the Native CDFI sector, Oweesta is the only national intermediary that offers financial products and development services exclusively to Native CDFIs and Native communities.

We’ve been thrilled to work alongside Langholz and others at Oweesta over the years to bring meaningful resources to Native CDFIs and to help them grow and respond to rising capital demands, which we explored in the first entry in this series.

In a one-on-one, Langholz helped us uncover and answer some of the questions financial institutions may face when thinking about investing in Indian Country.

What makes Native CDFIs a good bet for investment in Indian Country?

As a personal witness, Langholz explained what makes Native CDFIs a strong partner:

One core reason for Native CDFIs’ strength is their unique lending approach, as Langholz explained:

“There are oftentimes differences in a Native CDFI versus just a regular CDFI. We [Native CDFIs] are oftentimes smaller, we’re . . . focused on education or development services, which means that lending is a huge part of what we do of course, but it’s not the ‘end-all and be-all’ of what we do . . . that’s part of the reason why our portfolios are so secure.”

Langholz described the cultural context that Native CDFIs operate within, which is crucial to their success. Native CDFIs are rooted in the Native communities they serve, offering culturally tailored curriculum and services that help foster strong, lasting relationships with its lenders.

That edge in their business model has led to a healthy default rate lower than the average financial institution.

Why should financial institutions choose to support Native CDFIs?

Langholz pointed to the fact that investing in Native CDFIs grows jobs and supports entrepreneurship in Indian Country. That’s great news for financial institutions looking for the right opportunity to respond to community needs.

It’s a win-win for financial institutions and Native CDFIs.

Langholz said that Native CDFIs can (and often do) face unhelpful assumptions that can create barriers to investments. One significant barrier is the perception that Native CDFI portfolios are riskier because they operate on Native lands, which Langholz unpacked:

“I think there’s confusion of the status of Indian trust lands; the assumption that our loans are inherently riskier because we are oftentimes working in reservation environments, which does make collateral tricky, but not . . . impossible. It’s a thing we deal with regularly, and we know and understand those systems.

“That perceived risk, of course, is not true to our industry. . . . Native CDFIs are really good investments.”

Langholz speaks at the Elouise Cobell Land and Culture Institute at the University of Montana during the launch of our FHLB Des Moines collaboration on Nov. 10.

In this video, she shows us why Native CDFIs are good investments.

Want to learn more about partnering with a Native CDFI? Contact us—we’d love to hear from you!