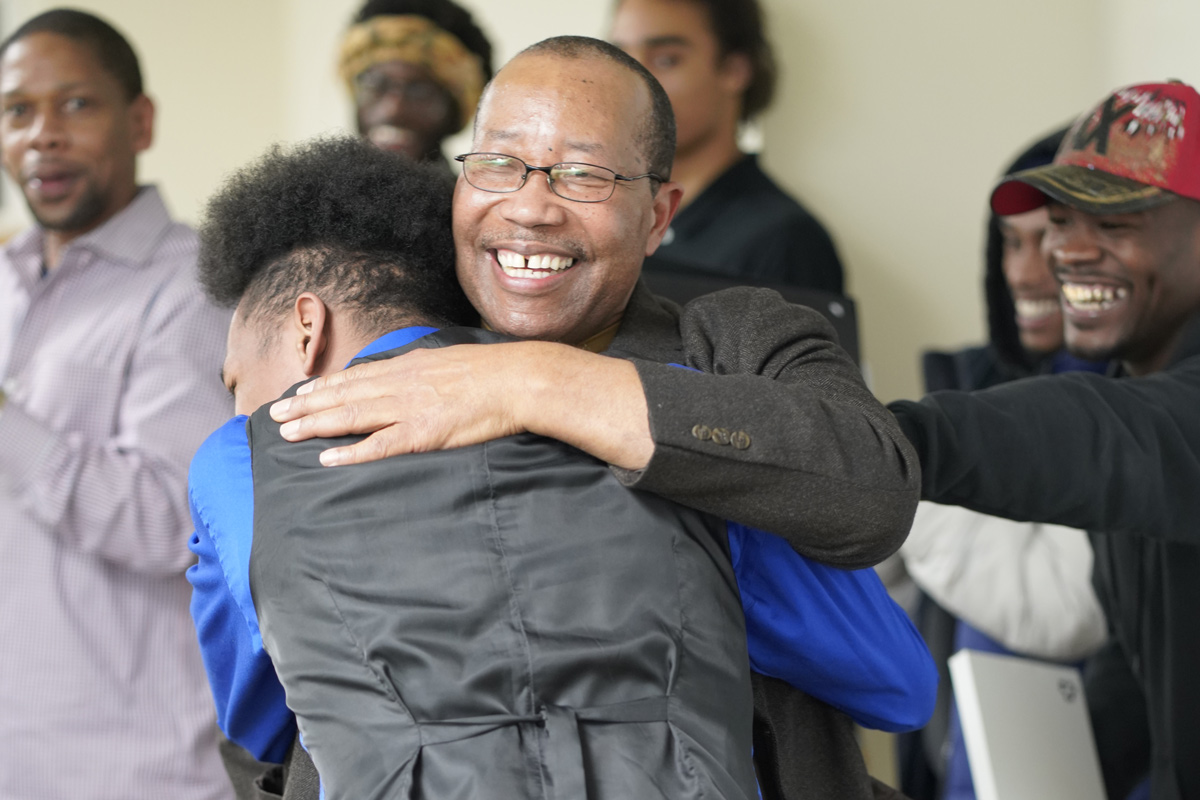 Ujamaa Place is working overtime to support the health and safety of Black men.

President and CEO Otis Zanders and his team at Ujamaa Place have spent the last 10 years cultivating a place where young Black men in the Twin Cities metro area can find, in their words, “brotherhood, stability, and personal success.”

“Our model is all about community,” Otis says. “It’s about getting to know people personally, to break down our walls of distrust and to create an atmosphere of trust.”

Through 37 different services “designed to stabilize lives,” the team at Ujamaa Place works hard to make sure men enrolled in its transformational program can look beyond their immediate needs of food, housing, and employment.

“Our model is all about community. It’s about getting to know people personally, to break down our walls of distrust and to create an atmosphere of trust.”

In 2020, the team was prepared to celebrate the organization’s 10th anniversary. Then came the cascading crises of 2020. First, the coronavirus pandemic began its worldwide devastation, and then social unrest and a reckoning on racial justice erupted after the killing of George Floyd.

Ujamaa Place had to adapt fast, pivoting from a four-day operation to a seven-day operation, underscoring the urgency of the moment. Otis explains, “Ujamaa serves 300 men, on average per week, and the number continues to grow due to increased need.”

As people throughout their community lost jobs and homes due to the pandemic, the Ujamaa Place team began working every day to distribute meals, secure housing, and migrate coaching and classes to an online format. In addition, Ujamaa Place launched a multimedia campaign to encourage mask-wearing and mobilize its communities to vote and make their voices heard.

“Ujamaa serves 300 men, on average per week, and the number continues to grow due to increased need.”

To Otis and the Ujamaa Place team, nothing highlighted the disparities in health care, wealth, employment, and housing more than the ongoing impact of the pandemic.

Health disparities: People who had long lacked access to health care—and communities without resources to respond to the pandemic—were more at risk for COVID-19. “I think the stats will bear out that the poor people are the disproportional victims, because they couldn’t address all of the underlying conditions,” Otis says.

Unstable housing and homelessness: Businesses across the community shut down, leaving many families without a source of income. A staggering number began to experience homelessness. “I can’t say enough about what homelessness did to our program and to society. The number of people that have been riding the bus overnight for shelter, or that are living in a shelter, or that are couch surfing, the unstable housing because they have to be just complying with stay-at-home orders,” Otis says.

Hunger: Families not only lost their homes, but also found themselves facing hunger and lack of access to food. Ujamaa Place went from serving two meals a day, four days a week, to serving two meals every day of the week.

“I can’t say enough about what homelessness did to our program and to society. The number of people that have been riding the bus overnight for shelter, or that are living in a shelter, or that are couch surfing, the unstable housing because they have to be just complying with stay-at-home orders.”

In May, tragedy struck just across the river. It felt personal.

On May 25, George Floyd was killed by police in Minneapolis, just miles away from Ujamaa Place’s neighborhood. His senseless death sparked outrage and led to protests worldwide—and hit Ujamaa Place close to home.

“The men we serve are George Floyd. Men that felt that they’ve historically had a knee on their neck, or feeling the subject of abuse and over policing, and underrepresentation, and they didn’t have a voice. I think that murder . . . really hit home,” Otis says.

For Bayo Idowu, a musician and entrepreneur who is also a Ujamaa Place program alum and intake coordinator, the peaceful protests after George Floyd’s death offered an opportunity to share a vision for a reimagined future. 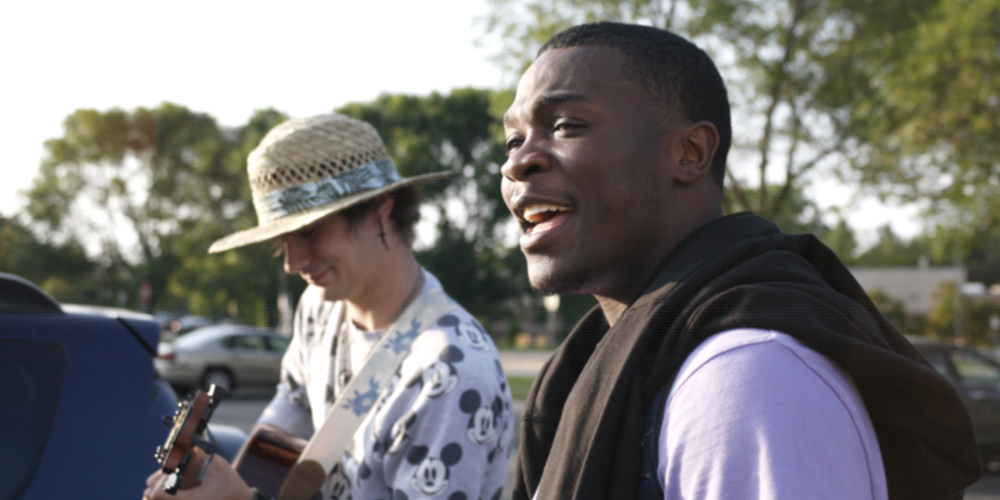 “There were several huge marches that I was fortunate enough to be able to perform for and just be a leader for my peers,” Bayo says. “If we can continue that as it’s been going on, where people speak up and be radical about change . . . if that could become a part of the new norm and stick? Yeah, I’m all for it.”

Bayo also worked with other groups to distribute school supplies and essential goods to take some of the burden off of parents who had lost their jobs. They also hosted free pop-up grillouts, where anyone who wanted or needed food could get it.

“The men we serve are George Floyd. Men that felt that they’ve historically had a knee on their neck, or feeling the subject of abuse and over policing, and underrepresentation, and they didn’t have a voice.”

Ujamaa Place’s determination and outreach forged even stronger bonds in the community.

“Because our beautiful community was lost [from the impact of the] coronavirus, we’ve had to pivot to doing a lot of our work on Zoom calls, doing more personal, one-on-one conversations,” Otis says.

Bayo noticed an uptick in attendance and engagement among men in the program, especially as some classes have returned to limited in-person instruction with guidance from the Centers for Disease Control and the Minnesota Department of Health.

“They say you don’t know what you’ve really got until it’s gone,” Bayo says. “Until you can’t access it at your own will, you just don’t really know the value.”

There’s no returning to normal. Because normal doesn’t serve everyone.

Otis, Bayo, and the Ujamaa Place team continue to fight for a better future for its men and its community. Throughout the crises and their continuing effects, Otis recognizes the sheer determination of the Ujamaa Place staff, the resilience of the men in the program, and the flexibility of the funding community that has supported his team’s efforts. 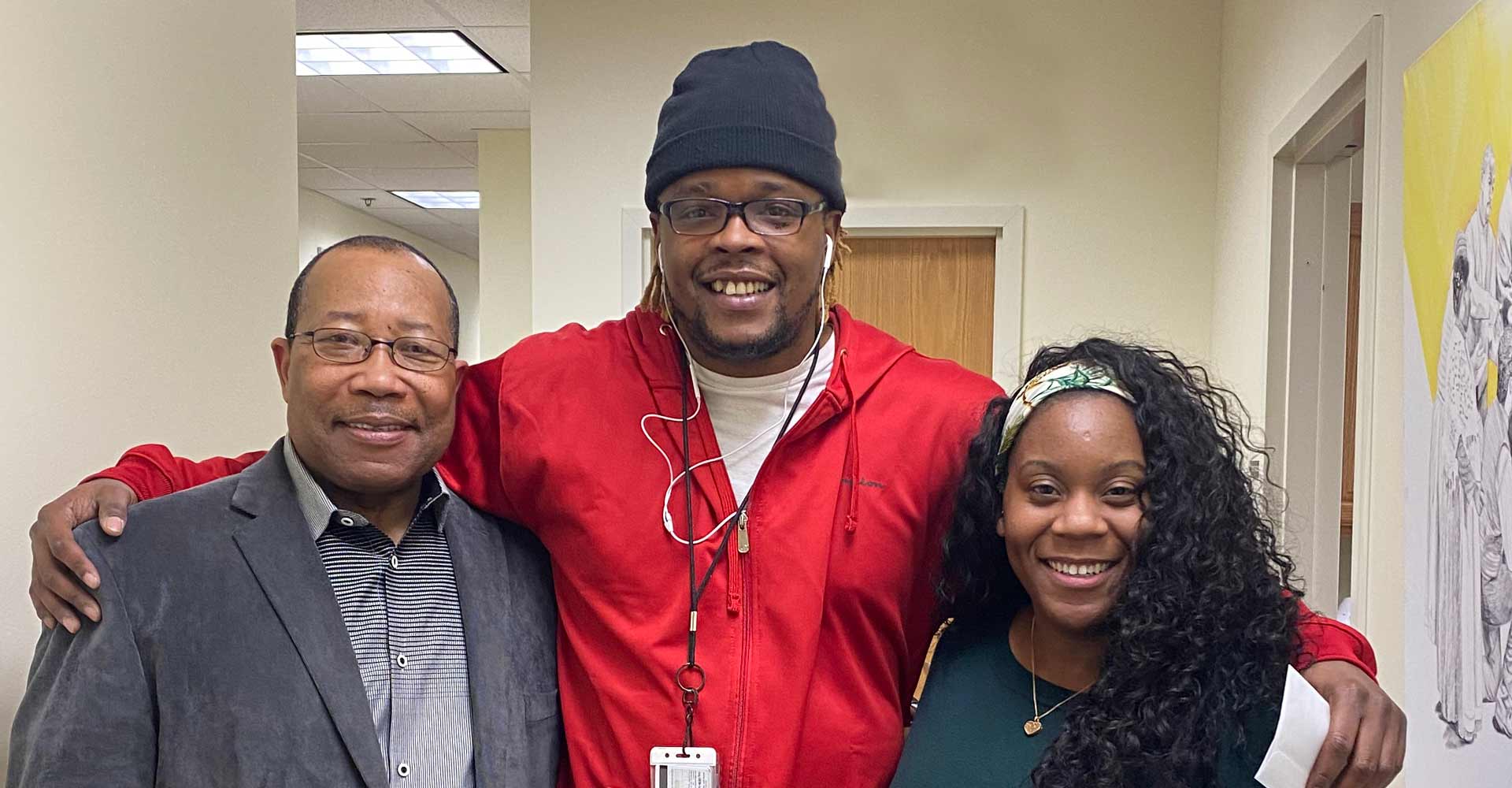 “[Our partners] trusted us as being good stewards,” Otis says. “And we feel trusted, respected. That they know we’re doing good work and do what we know best. That’s something that we will never forget.”

The Foundation is committed to supporting Ujamaa Place and our other grantees that are at the forefront of meeting a new scale of need from the ongoing effects of the cascading crises of 2020—and leading the way to a new normal.

Ujamaa Place is building equitable economies where prosperity is defined by community and opportunity is shared by all with good jobs, thriving businesses, and vibrant cultures.

Grantees That Are Building Equitable Economies

At Northwest Area Foundation, we're learning from our grantees that are building equitable economies. This story is the fifth in a series that highlights how our grantees are liberating the communities they serve from policies, practices, and beliefs that disadvantage them.

This Native CDFI cultivates the partners, funding, and networks necessary for its communities on the Cheyenne River Sioux Reservation in South Dakota to prosper—growing good jobs, supporting small businesses, creating self-sufficiency, and bringing dreams to life for multiple generations.

Created by and for members of the Pine Ridge Reservation in South Dakota, this organization transforms lives and communities through its programming, partnerships, and pathways—building equitable economies where prosperity is defined by its Lakota communities and opportunity is shared by all with good jobs, thriving businesses, and vibrant cultures.

IDC supports the wisdom, passion, and expertise of multiple cultures in the greater Fargo, ND – Moorhead, MN area. It creates strong partnerships throughout Fargo-Moorhead to liberate communities from policies and practices designed to disadvantage them, build the capacity of businesses and the economic skills within the immigrant and refugee population, and ultimately lead its clients to economic self-sufficiency.

As the largest immigrant and refugee advocacy organization in Washington State, OneAmerica builds equitable economies by creating civic and political space for grassroots leaders to shape and reform critical policies, practices, institutions, and movements that impact the lives and build upon the unique assets of their community members.

Through high-context coaching and its community of support, Ujamaa Place works with young African American men in the Twin Cities metro area to make space for dreams by addressing traumas of personal and historic significance, racism, breaking cycles of defeat, overcoming barriers to stability, and helping participants thrive on their own terms. 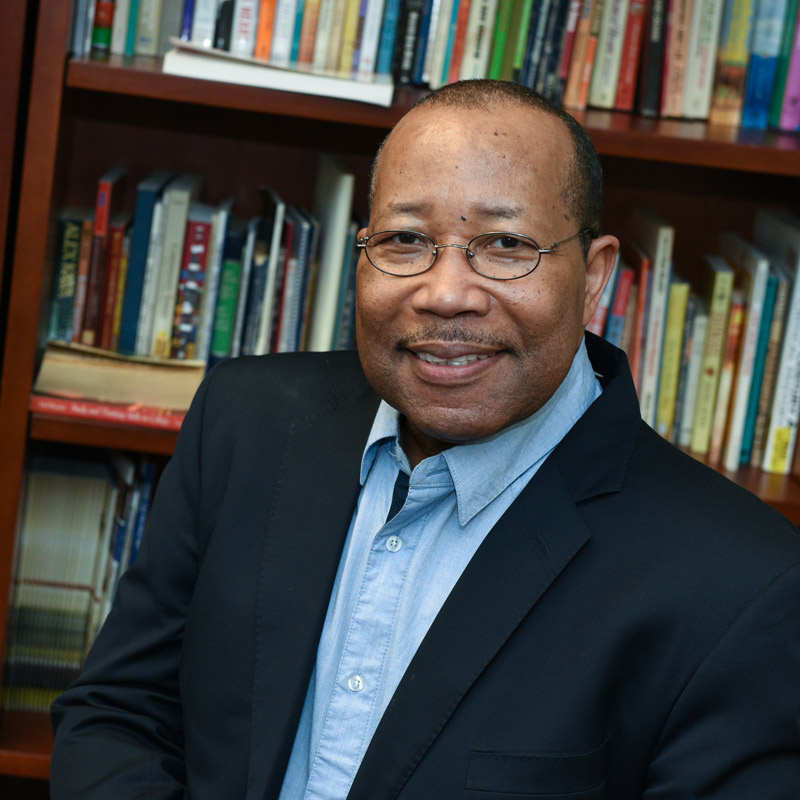 “We feel trusted, respected. [Our partners] know we're doing good work and do what we know best. That’s something that we will never forget.”

Why 40 Percent of Our Grants Go to Native-Led Groups

Q4 and 2020 Grantmaking—Center Pole, Working Partnerships, and Other Grantees Continue to Lead Through Crisis and Inequity