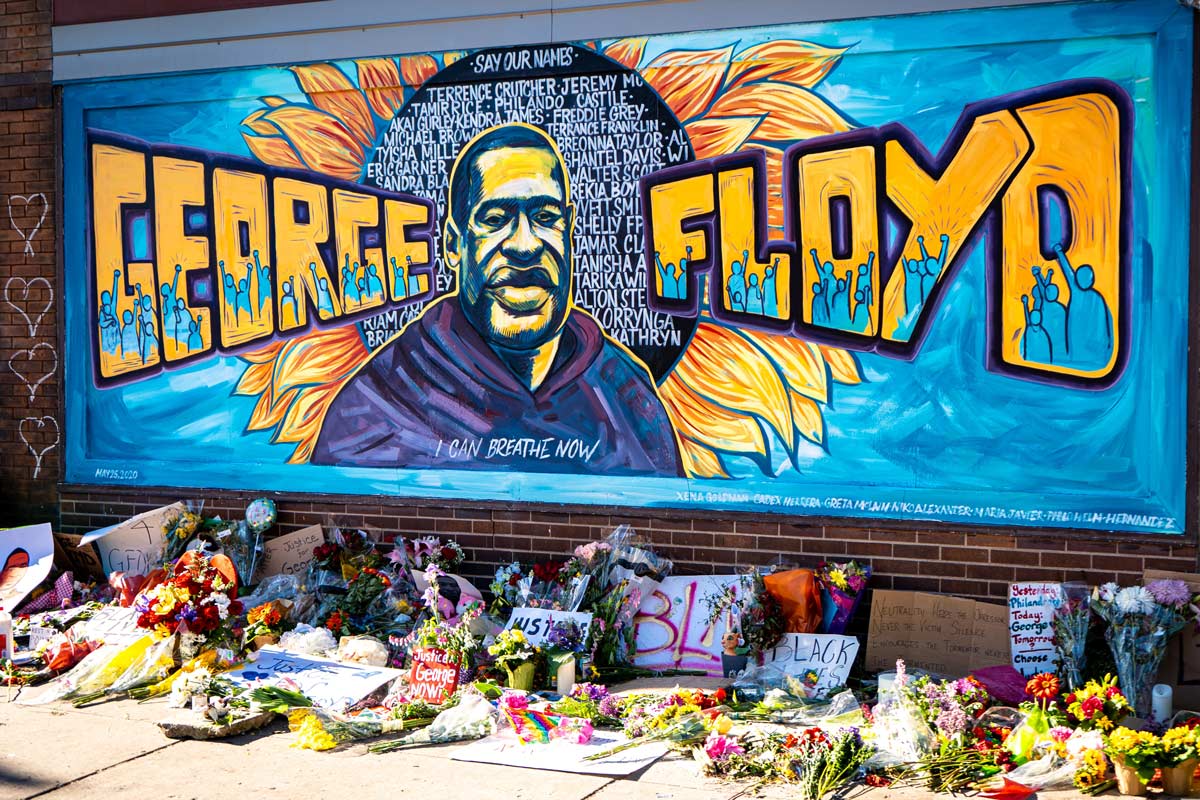 Accountability for George Floyd’s murderer is just the beginning.

On April 20, a white former police officer was convicted for the murder of a Black person. This level of accountability has never happened before in our home state of Minnesota. It is new, and long overdue.

We are relieved. But we have seen no convictions for the killing, locally, of Philando Castille or of Eric Garner, Breonna Taylor, and so many other Black people killed at the hands of police officers. Yes, we’re relieved, but we’re also dispirited that George Floyd’s case is an exception to the frequent injustice of Black lives being taken without consequence.

A guilty verdict doesn’t restore his life. His child is missing a father. His family continues to mourn a beloved member taken too soon, and wrongfully. His community, Black communities, and allies are still traumatized by the brutal nature of his murder and how much work there is still yet to do to change systems and policies that dehumanize Black lives.

This verdict is but one step in a much longer march for justice.

As we breathed a sigh of relief for the guilty verdict, police in Columbus, OH, shot and killed Ma’Khia Bryant, a 16-year-old Black girl. Barely a week earlier, a former Brooklyn Center police officer shot and killed Daunte Wright. Broader accountability and justice are still elusive.

The need for change is systemic and includes policing and much more. The injustice we see in police shootings reflects a 400-year history of abuse and othering of Black people—racism—that reaches back to at least 1619 when Europeans brought the first Black slaves to the land that would become America.

The murder of George Floyd is rooted in this long history of racism, and the need to achieve justice includes the need for reparative action.

The verdict strengthens our resolve to support the change our grantees are leading.

The verdict is only one step in this much longer and unfinished march toward justice. But it shows us change can happen. Our collective efforts can make a difference.

On April 20 in Minneapolis, a jury took a step in the right direction. There are many miles to go.