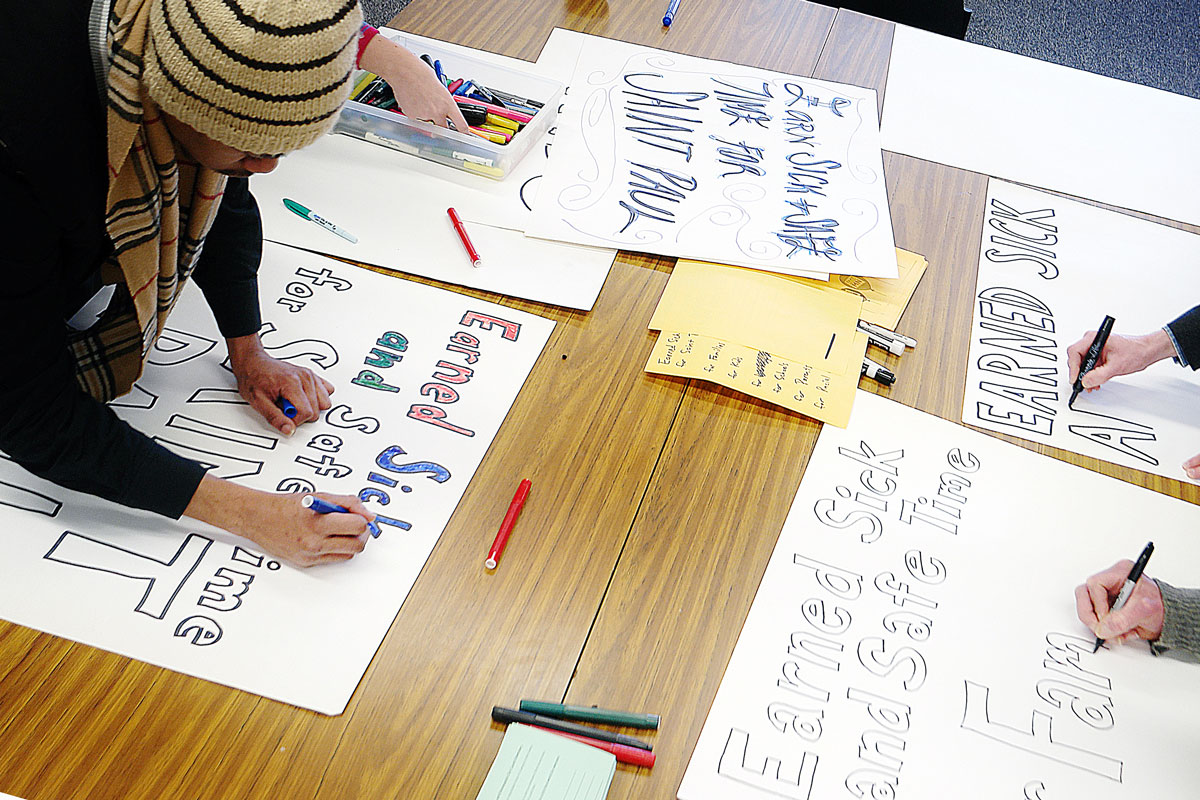 We’re part of a community of practice on racial capitalism, which is devoted to the pursuit of alternatives.

Over the past year, the Foundation has been realigning its grantmaking approach to focus on social, racial, and economic justice. This means that everyone has real opportunity to thrive on their own terms, and the outcomes of their lives are not shaped by their race, ethnicity, social status, or economic class.

However, disparities in the region we serve keep individuals and families struggling to survive, with low-wage workers laboring in unsafe working conditions so as not to risk losing their source of income. A striking example of this played out at the Smithfield Foods plant in Sioux Falls, SD, near the beginning of the pandemic.

The plant’s workforce includes many immigrants and refugees. Relying on foreign-born workers (many of whom overstayed their visas or are undocumented) is a long-standing practice of meat processing plants that gives companies the upper hand over workers through threats of deportation. It also undermines labor organizing.

The conditions at the plant led to one of the largest outbreaks of COVID-19 in the US. South Dakota Voices for Peace (SDVFP), one of our grantees, advocated for Smithfield’s employees and helped make public how the company was treating its workers.

Examples like this have led us to search for root causes of disparities.

Because of the efforts of SDVFP and the community, Smithfield was one of the only plants in the country to shut down and enhance cleanup and mitigation efforts. SDVFP also created the state’s only fund for emergency relief for immigrant families. But too many other people deemed as “essential workers” across the nation had to keep on working without protection or support.

Examples like this have made it apparent to us that we cannot work toward social, racial, and economic justice without understanding what harm has been done to communities of color by an unjust economic system.

As a cohort of program officers, the three of us joined the Racial Capitalism Community of Practice in November 2021.

The community of practice was convened by Neighborhood Funders Group’s Funders for a Just Economy, in collaboration with Liberation in a Generation and others. Over eight months, the community of practice brought together staff from philanthropic organizations across the country to explore the connection between racism and capitalism and how this has intentionally produced disparities for centuries that continue today.

Examples like this [SDVFP’s] have made it apparent to us that we cannot work toward social, racial, and economic justice without understanding what harm has been done to communities of color by an unjust economic system.

Our cohort explored how America’s economy is designed to intentionally harm people of color.

At the root of our learning was “racial capitalism,” the theory popularized by political theorist and scholar Cedric Robinson. Racial capitalism is defined by an understanding of capitalism as “an economic and political system in which a country’s trade and industry is controlled and owned by private individuals and corporations for profit.” This system thrives on exploitation through a set of policies and practices that places unequal value on the humanity of workers, especially by race and ethnicity. (Source: Funders for a Just Economy).

Through meaningful learning in the community of practice, we started to unpack how racial capitalism has driven our nation’s history, and our local history. Racial capitalism is rooted in the theft of land from Native people; the theft of labor through slavery; and the exploitation of vulnerable people, such as immigrants and refugees.

For the three of us, the racial capitalism framework reinforced our beliefs that racism has been, and continues to be, a key feature of America’s economy.

Racial capitalism thrives on exploitation through a set of policies and practices that places unequal value on the humanity of workers, especially by race and ethnicity.

Evidence of racial capitalism can be seen in persistent racial wealth gaps. The Washington Post reported that the Black-white economic divide is as wide as it was in 1968. It’s evident in disparate health outcomes and life expectancy rates for people of color, and more.

Gaining more clarity about the interconnectedness of racism and capitalism has deepened our collective commitment to advance justice through the groups we fund.

How will we know what we’re doing is working? In the short-term, we won’t.

We understand and support that the Foundation’s new grantmaking approach is not intended to be a quick fix to the brokenness of racial capitalism. This is generational work—multigenerational work, even. And, as the three of us engage in it, we want to cultivate that work and accelerate it.

Ultimately, we believe that each person is born with gifts to share and that no one should be socially, politically, or economically excluded. America’s current economic system, however, would say that people’s worth is measured by their productivity and ability to contribute to other people’s wealth. But this country can create an economy where all people belong and can thrive on their own terms.

This is generational work—multigenerational work, even. . . . We believe that each person is born with gifts to share and that no one should be socially, politically, or economically excluded.

We and the organizations we’ve funded value people, especially in our priority communities, for so much more than their financial contributions. They need policies and practices that allow them to heal from trauma, root themselves in the vitality of cultural wisdom, and give them the ability to make and enact decisions over their own lives. That’s the direction we hope to be headed in.

Creating alternatives to racial capitalism will mean partnering with organizations that help us to all rethink our relationships to work, to productivity, and to each other. It will require asking about how our economy works, and for whom, and finding the answers that repair the harm done from racism. It will also require philanthropic funders, including the Foundation, to be honest about the harm that has been done to communities of color. We’re just getting started.

For the three of us, what we came to realize is that change is possible. Our economy was designed—and, that means we can redesign it. But we don’t just need to fix the existing economic system, we need to reimagine it and create new economic models that promote healing and repair.

There are so many organizations already doing this work of reimagining unjust systems. We believe it’s our job to meaningfully support that work.

We believe in meaningfully supporting the work of organizations already doing the work of reimagining unjust systems and creating new economic models that promote healing and repair.

This is the first in a three-part series on racial capitalism.

Through two follow-up blog posts, we’ll continue to describe how participating in the cohort has impacted our thinking and our work.

The next post will discuss philanthropy’s role in racial capitalism and ideas for what can be done to help heal from and repair the damage done. The final post will provide examples from grantees that are building a vision for economic systems that function with more justice.

For further info, contact any of this blog’s authors:

Find out more about our partners in this work:

Liberation in a Generation
Funders for a Just Economy 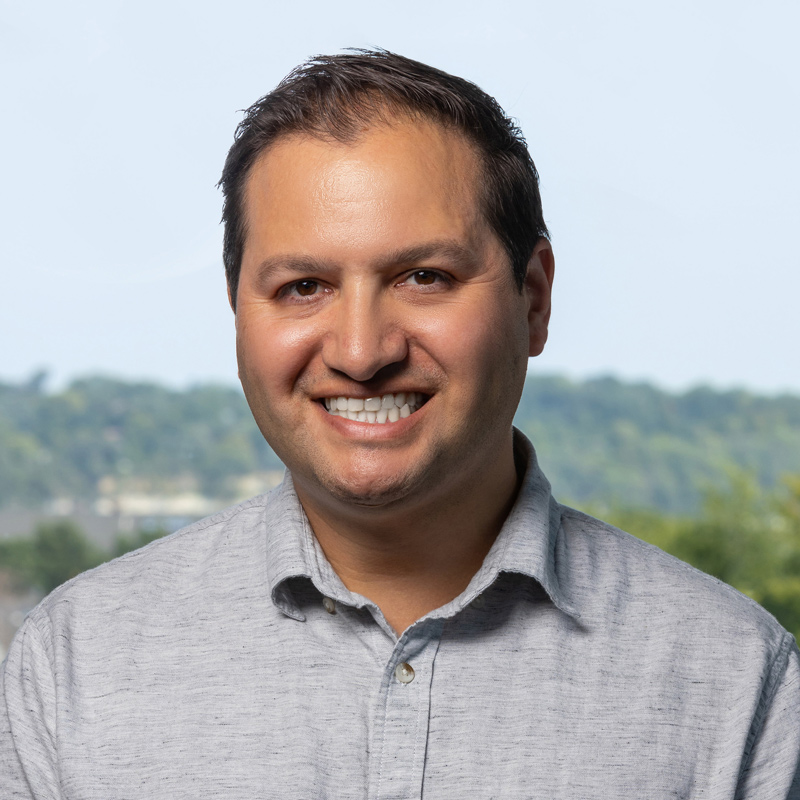 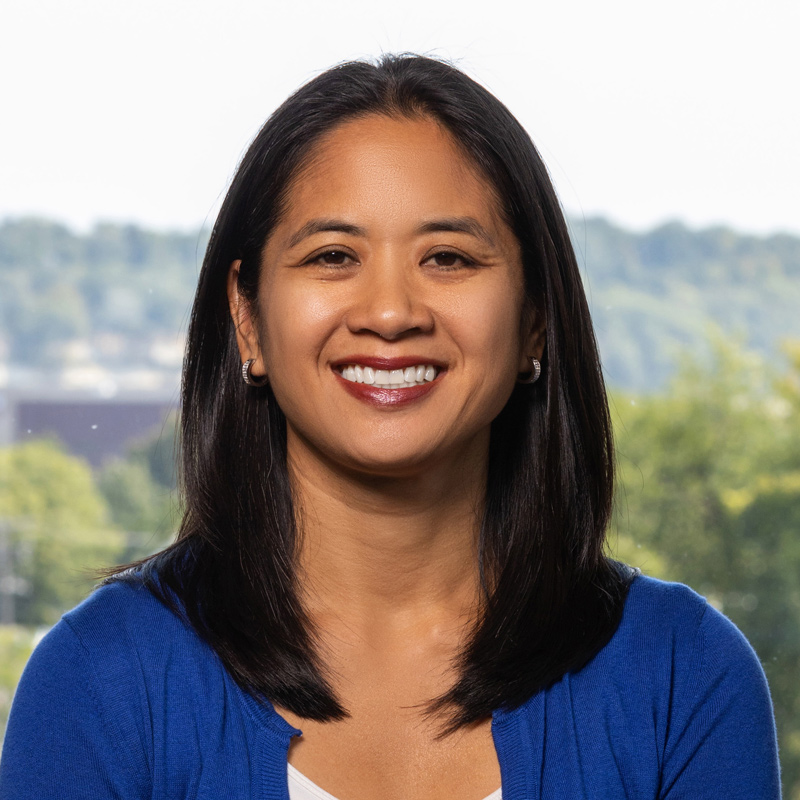 THE FIRST BLOG ENTRY IN OUR SERIES

Racial capitalism is a system of policies and practices that places unequal value on the humanity of workers, especially by race and ethnicity.

This series examines how three NWAF program officers are learning about and supporting alternatives to racial capitalism so that Native Americans, communities of color, immigrants, refugees, and people in rural areas can thrive on their own terms.

VIDEO: How a Partnership with Juxtaposition Arts Helped Us Live into Our New Values