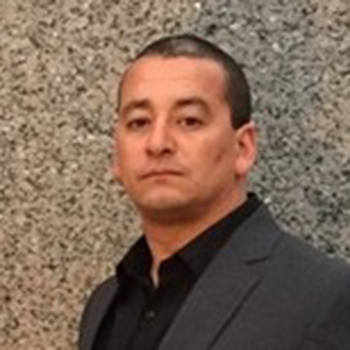 Joseph Eltobgi, an enrolled citizen of the Turtle Mountain Band of Chippewa (TMBC), possesses a perspective unique to those who have survived and overcome poverty, and then had the courage to serve their communities and dream of something better for future generations of their people. He is driven by his passion for helping others, a mission that has defined his professional career.

Eltobgi is project director for the Turtle Mountain Community College’s Health Education Access through Rural Training (HEART) Project, which opens up educational opportunities for low-income individuals in healthcare fields that are in high demand. In this position, he’s been able to address the healthcare staffing shortages within North Dakota, both prior to and during the COVID pandemic.

He considers his role at P2P as among the most influential experiences of his professional career. At P2P, he expanded his knowledge of the work surrounding poverty reduction, which he later used to craft the framework for his tribe’s Promise Zone application. TMBC’s Pride of the Great Plains, as it eventually became known, successfully received a presidential designation as a Promise Zone in 2016.

Alongside being a husband and a father, community service is among Eltobgi’s greatest honors.  He’s served as an elected official in the TMBC Indian Tribal Government, where he was elected to two consecutive terms and served as the chairman for the Judicial Board from 2016 to 2020. Under his leadership, the Judicial Board strengthened the rules of the court, developed and refined court procedures to support improved court operations, and advocated for improved tribal policy.

Eltobgi is a graduate of the Native Nation Rebuilders program, which brings together Native leaders to learn about innovative tribal governance practices, strengthen their leadership skills, and connect with others who are passionate about building a brighter future for their nation.

He holds an MBA and a bachelor’s in management from the University of Mary in Bismarck, ND.

« Wayne Ducheneaux
Libby Hlavka »
Back to Board